The year following a presidential election is often the sleepiest time for elections (although certainly not for politics). Indeed, this November will feature only three of this blog's favorite races to analyze: downballot constitutional offices. As always, Baseballot will be the only site on the World Wide Web handicapping these under-the-radar yet multi-million-dollar campaigns. As my colleagues at Inside Elections do for congressional elections, I rate each state executive race on a Solid-Likely-Lean-Tilt scale, with the very closest of races earning the coveted label of "Toss-up."

According to my Big, Bad Chart of Constitutional Offices, the seats on the ballot this year include one lieutenant governor, one attorney general, and one treasurer. As it turns out, all of these elections will probably continue the status quo in the two states where they are taking place. Below are my initial ratings for the three seats; in the future, these ratings can be found on the "2017 Ratings" tab in the menu above, where they will be updated through Election Day.

Sometimes, a state's downballot races are decided by turnout at the top of the ticket, and it looks like that will be the case in Virginia this year: so far, the commonwealth's two constitutional-officer elections have tracked extremely closely with its hard-fought gubernatorial race. That contest is rated Lean Democratic by Inside Elections, but if it ends up being more Democratic or Republican than predicted, the two elections below will too. (All three elections take place on Tuesday, November 7.) 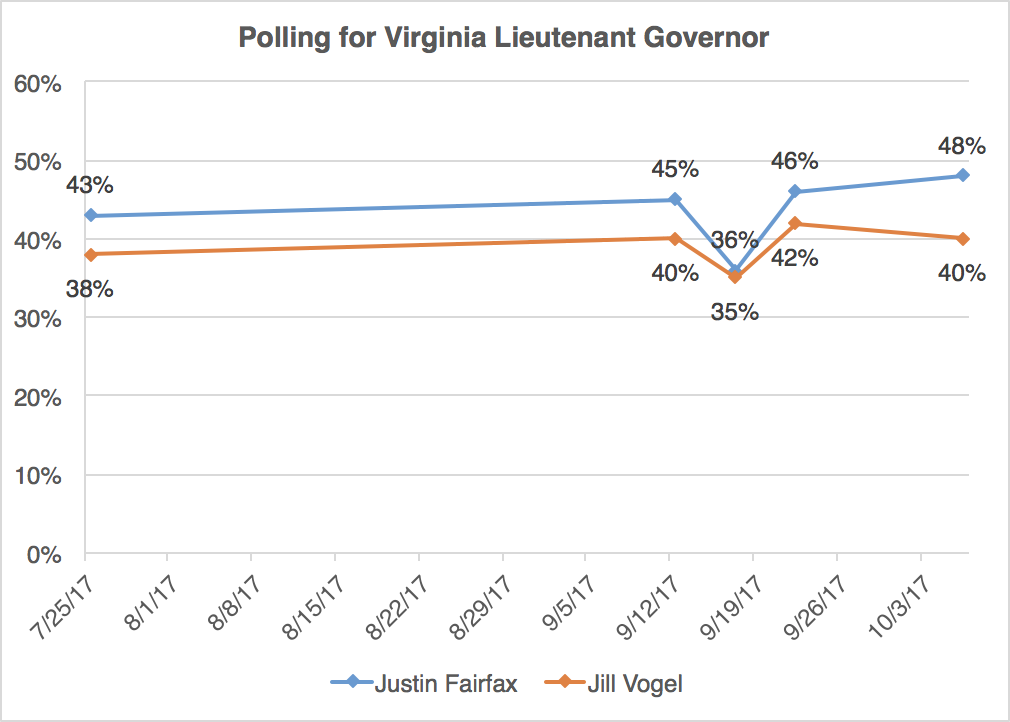 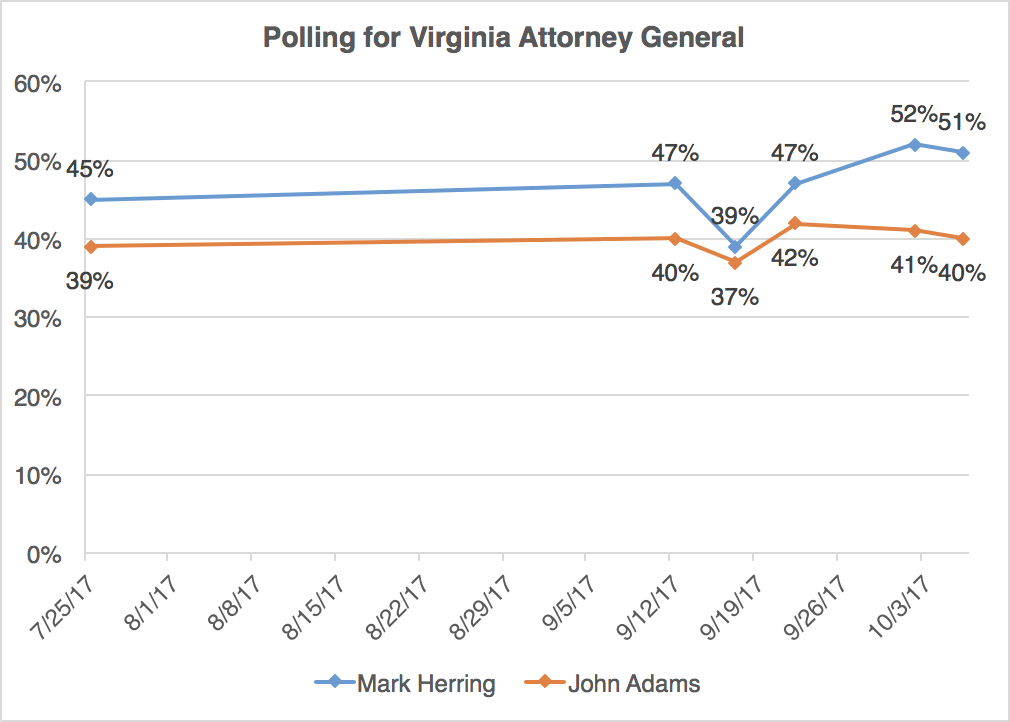