Election Day 2015—yes, it's a thing—is next Tuesday, and you can expect to read more about it in this space and on my Twitter feed before the winners are announced. In addition to countless mayors, ballot measures, and state legislators, statewide constitutional officers are on the ballot in three states this year: Kentucky, Louisiana, and Mississippi (though Louisiana doesn't vote next Tuesday, because Louisiana is weird). This blog is the only place on the internet where you'll find race ratings for these oft-forgotten, oft-important elections. Now that we're in the home stretch, here are my final race ratings for attorney general, secretary of state, treasurer, and more. You can also access the current ratings at any time by clicking on the "2015 Ratings" tab above.

Most observers believe that Democrat Jack Conway has opened up a small but perceptible lead for governor. I'm not ready to jump on board that train. This is still an off-off-year election—which leads to low, unpredictable turnout—and Kentucky is still a conservative state. Since downballot races often fall in line behind top-of-the-ticket results, I'm being cautious with my ratings here. 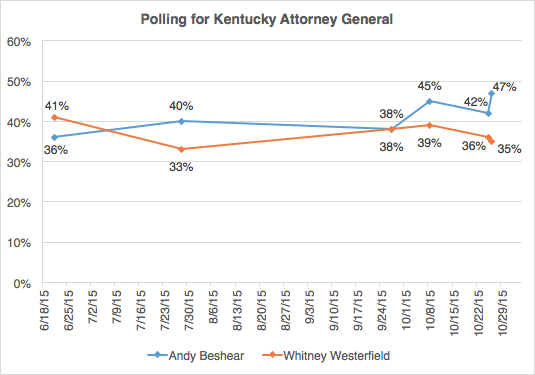 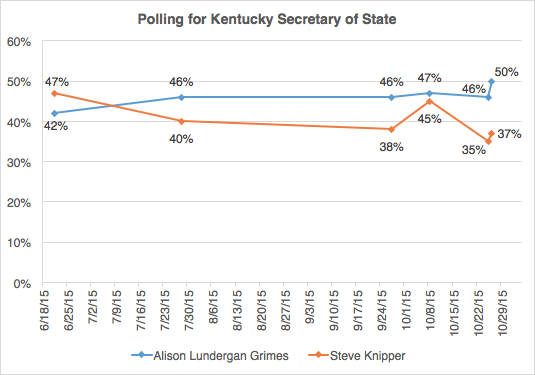 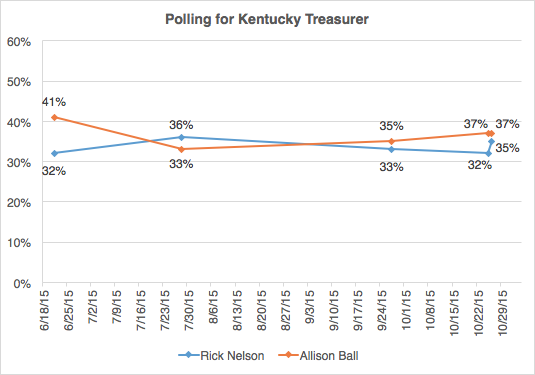 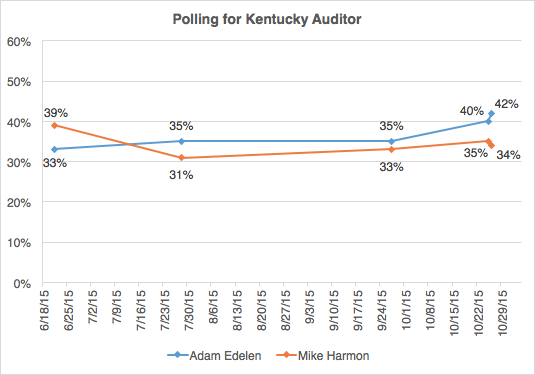 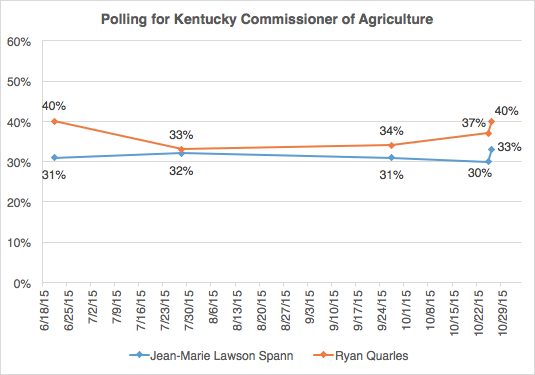 Lots of downballot races came off the board in Louisiana on Saturday, when the state held its preliminary round of voting in its unusual jungle primary. As my original ratings predicted, Republican incumbents easily crested 50% and won reelection in the races for secretary of state, treasurer, commissioner of agriculture and forestry, and commissioner of insurance. That leaves two constitutional seats, plus the suddenly exciting governor's race, on the runoff ballot on November 21.

There has been only one public poll in Mississippi since April, but the state's obvious partisan lean makes up for it. No ratings have shifted in the last month, and all but one of the seats is forecast to go easily Republican.
Posted by Nathaniel Rakich at 11:11 AM