How Many Fans Does Each MLB Team Have?: The 2017 Baseball Census

For the second straight year, Harris failed to release its formerly annual baseball poll. Usually conducted right around the All-Star break, the survey is valuable as pretty much our only direct measure of which MLB team is most popular nationwide. But now that I fear the Harris baseball poll has met its permanent demise, anyone interested in the demographics of baseball fans has to take matters into his or her own hands.

That's what I've done for the last three years here at Baseballot. Harris may be the only pollster that canvasses the whole nation about all 30 teams, but our friends over at Public Policy Polling (PPP) love to throw a baseball question or two into their state-by-state political polls. For each state that PPP polls, I use the latest population estimates from the U.S. Census Bureau to estimate a raw number of fans for each team in that state. Here are the cumulative figures nationwide for July 2017:


*These numbers do not include fans in Canada, meaning the Blue Jays are surely underrepresented.

Unfortunately, we haven't gotten a lot of new baseball polls in the past 12 months; PPP was busy asking poll questions about something else, I guess. We did get a new poll of Florida, which is as much a baseball bellwether as it is a political one. In last September's poll, the Yankees reclaimed the title of Florida's favorite baseball team, just as they are America's favorite team with an estimated 25,226,872 fans nationwide. New York (AL) leapfrogged ahead of the Marlins and Rays in the Sunshine State, the two teams fighting for the dubious honor of least popular in the United States. (The numbers above don't include Washington, DC, either, so the Nationals are undercounted just like the Blue Jays.)

We also learned about the baseball preferences of Utah for the first time (finding: they don't really care too much), bringing the coverage of our makeshift baseball census to 39 of the 50 states (representing 88.5% of the U.S. population). Here's what's still missing: 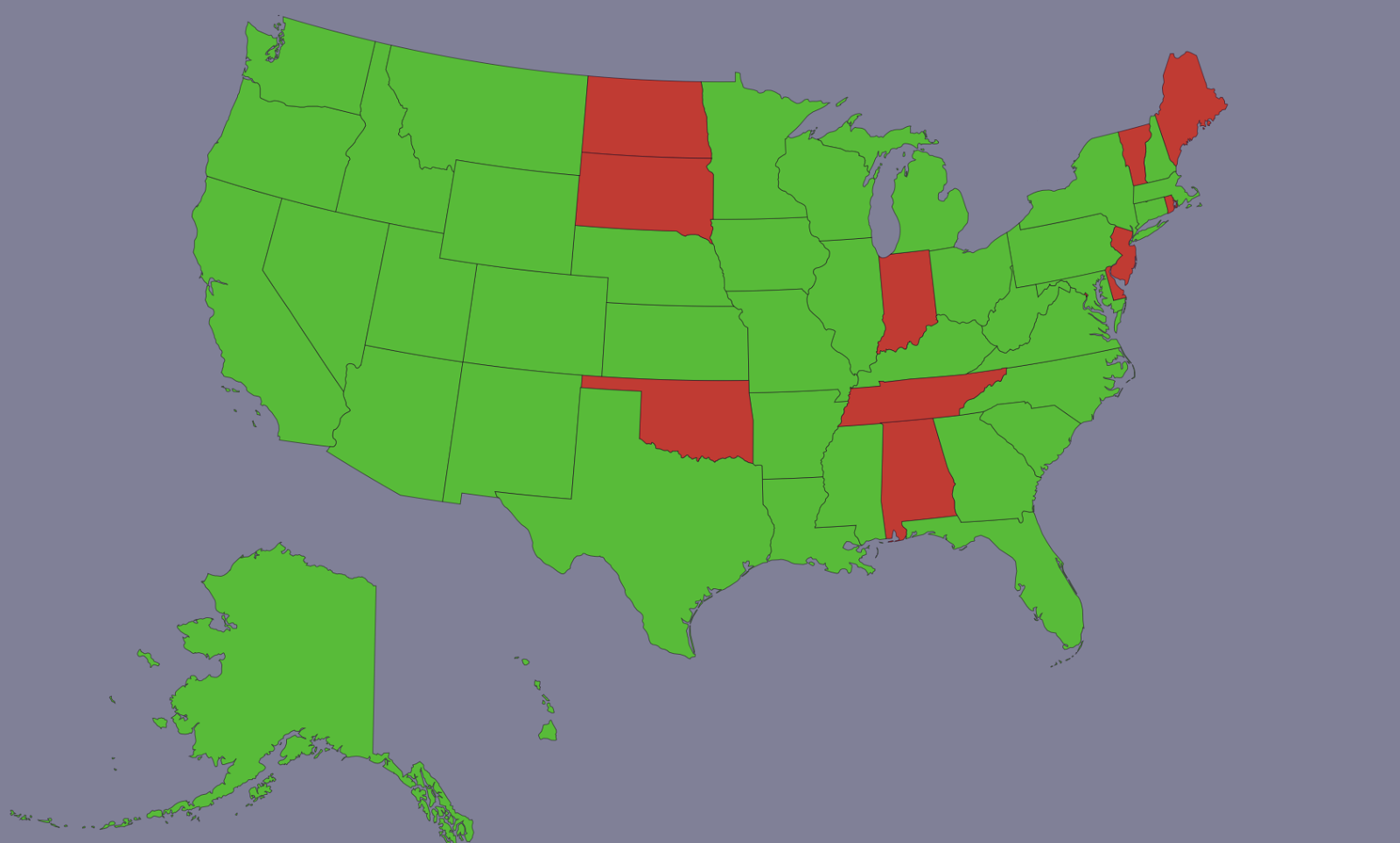 Obviously, then, there are some limitations to this exercise. Missing states like Indiana and Alabama means our numbers for teams like the Cubs/White Sox and Braves are lower than they truly are. And PPP's baseball questions are worded in an opt-out manner, so 78% of poll respondents nationwide claimed to have a favorite team even though we know that only around 40–50% of Americans are baseball fans. On the other hand, PPP also only has time to ask about eight or so MLB teams per state, meaning the handful of fans of the other ~22 teams in that state don't get counted. So, yes, this census is hardly scientific, but it's a fun rough approximation of some very interesting data.
Posted by Nathaniel Rakich at 12:30 PM